Welcome to a new series where we demystify common Asian ingredients and share how you can use these items in your cooking at home. First up: soy sauce.

Soy sauce is a condiment made from fermented soybeans and can often be found in Asian cooking. It has an umami flavour which makes it great for seasoning a variety of foods. With so many different types and brands, it can be intimidating to know what to buy and how to use it. Soy sauce is a great ingredient to have in the pantry and can be used in a wide range of situations beyond Asian cooking. 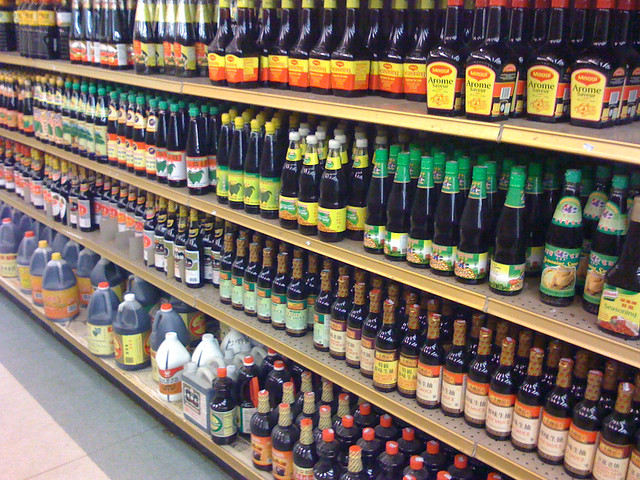 Soy sauce has its roots in Chinese cooking. It is believed that soy sauce evolved from a meat based condiment made with various types of meat, vegetables or grain, a fermenting liquid, and salt. Due to the abundance of grains, the condiment type made from soybeans and wheat developed more rapidly. Eventually, this sauce was introduced to Japan where it developed its own processes.

Light soy sauce is lighter in color than its counterparts. It is saltier and thinner as well. This is the most common soy sauce used in Asian cooking and is best used to enhance flavours when cooking.

Note: Be careful to not confuse light soy sauce to mean that it is low in sodium. If you’re looking for low sodium soy sauce, it will be marked on the label clearly.

Dark soy sauce is darker in color than other soy sauces because it is left to age longer. It is not as salty as light soy sauce and has a stronger soy taste. It is great if you’re trying to achieve a dark robust coloring in foods without adding a lot of saltiness. Dark soy sauce is best used in braised or stewed dishes. 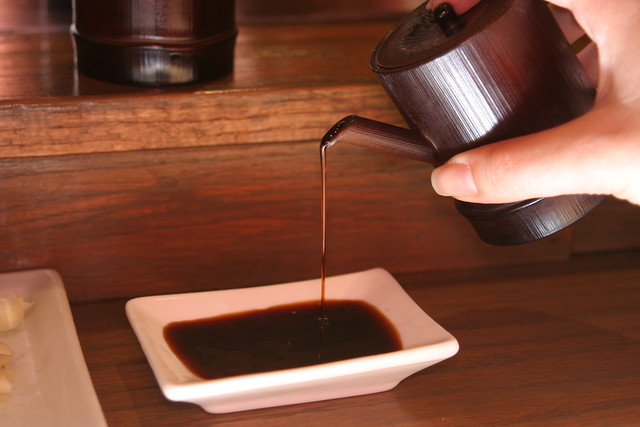 Japanese soy sauce differs from its Chinese counterparts because of the way it is made. The soy sauce brewing method is modified so that the sauce is made from equal parts soy and wheat. This makes the Japanese version slightly sweeter and not as salty, but still full of flavour. These can be found both as a light and as a dark version.

Tamari is a soy sauce that is typically darker and richer in flavour. It is traditionally a byproduct that comes from making miso paste. The sauce is not as salty as its counterparts. It contains little to no wheat and is a great option for those with gluten allergies or intolerances. Some brands label their tamari as gluten free for easy reference. You can substitute tamari for soy sauce in most recipes.

This soy sauce comes from Indonesia and is thicker and sweeter than its Chinese and Japanese counterparts. The sweetness comes from palm sugar which is added to the sauce. The sauce is thicker and is flavored with garlic and star anise. Kecap manis is an essential ingredient in classic Indonesian dishes.

When to use what kind

Soy sauce can be used during the cooking process or used at the table as a condiment. The different kinds of sauces can be used in different scenarios depending on what you’re trying to achieve.

The best way to store unopened soy sauce is in a cool, dark place. Once it has been opened, you can keep it in the refrigerator to extend its shelf life. However, soy sauce is fine on the shelf if you’re able to use a bottle within a month of opening.

Soy sauce is such a versatile ingredient and can be used in so many ways. Add a bottle to your kitchen pantry and start experimenting.

What are some of your favorite soy sauce recipes?

Previous The Mid-Autumn Festival and the History of the Mooncake Next Quick and Easy Meals – Ready in 30 Minutes or Less!